An Inside Look at Grain Cart Scale Technology 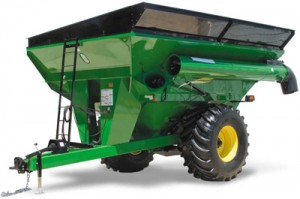 As a norm, the display module for most grain cart scales is usually mounted on the dashboard of a truck. However, it can also be mounted on the side of a grain cart or in some instances, be incorporated in a remote transmission system so as to transmit the computed data to a remote location: for instance, the headquarters of a grain handling company.

When compared to conventional agricultural weighing systems, grain cart scales have numerous benefits associated with them. The following is an overview of some of the benefits. 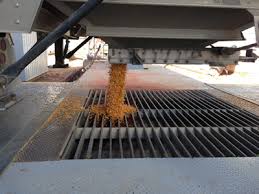 Efficiency is one of the most notable benefits associated with ag scales and weighing systems. Grain cart scales incorporate modern technology and as a result, have revolutionized the agricultural scales industry. Grain cart scales offer instantaneous results for measuring yields off the fields, saving on time and manpower that would have been needed if conventional measuring equipment were to be used.

Grain cart scales incorporate an element of usability as part of their design. Once installed, they are very easy to use and do not require endless calibrations or settings so as to give the right measurement.

Grain cart scales also have the best in modern technology and can be programmed with third party gadgets to send data to remote locations. They can also be incorporated in inventory software’s to provide raw data remotely.

Due to the modern technology used in making this ag weighing system, the accuracy in measurement is of a very high quality In view of the above factors, grain cart scales are highly recommended for farmers.